Market research is the foundation block in successful sales, marketing, and decision making in the agricultural sector.

Decision making is always accompanied with uncertainties, and therefore, risks. Market research helps to reduce the level of uncertainty by taking facts, figures, and raw data and converting them into actionable information that is useful to you as a decision maker.

We provide market research services that are agribusiness focused. With decades of experience and strong insight and data support, we have helped countless clients achieved successful results.

Find out how our expertise can be tailored to your organization, bringing you the support and direction you need to succeed and grow. 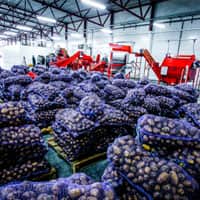 A full-service project that included market research, consulting services and due diligence, supporting a global player in providing inputs, technologies and services to farmers. Project objectives included quantifying and characterising the ag retail sector in North and South America, as well as identifying and profiling leading ag retail operations for eventual merger and acquisition efforts. The project resulted in final discussions with 10 potential M&A ag retail operations in each country. 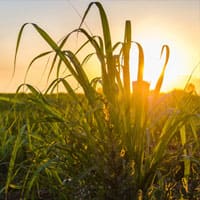 A market research project that included in-depth and quantitative interviews with 40 major sugarcane mills. The study objectives were to better understand farmers’ concerns, likes, and dislikes regarding new GMO sugarcane, present alternative GMO solutions to farmers and identifying the best value proposition, and quantifying the “sweet spot” pricing for GMO sugarcane utilizing the price sensitivity model methodology. The results of the study led to approval of the GMO trait in June 2017. 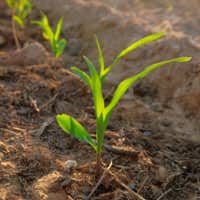 A quantitative market research study was conducted with 600 corn farmers to better understand the performance of a newly launched corn hybrid. This study included several corn-growing regions and indicated to the client (a major corn hybrid company) several performance problems with their corn hybrid in specific regions, enabling the client to adjust their pricing strategy according to each o the regions included in the study. Other topics included brand perceptions, company image and a series of questions relating to decision-making and purchasing habits for hybrid corn. 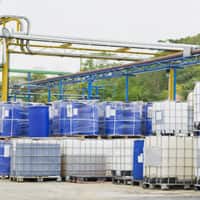 A market research study that focused on the entire value chain for biopesticides – from farm level use through to industry players and the government role in the industry. This effort included desk research, in-depth interviews with major players in the value chain and over 100 interviews with farmers to better understand their likes and dislikes regarding biopesticides as well as brand awareness of the major biopesticide products currently marketed. Based on the results of this effort, out client – an important player in the crop protection industry – requested a detailed analysis of potential merger and acquisition candidates.

Webcast: Projecting US Crop Production and Yield Expectations for 2020

Article: Our intention is to share weather-related risks with farmers

Article: The cocoa LID is a moral hazard and a wasted opportunity

Richard's expertise and experience in market research, crop protection products, biotechnology and commodity crops has been critical for regional and global market research and consulting efforts. Prior to Agribusiness, Richard worked for 23 years in several managerial positions with Monsanto's operation in Brazil. He worked in planning, plant management, new business development and eventually started up Monsanto's BI department. Prior to Monsanto, he acted as investment portfolio director and market research manager for the Adela Group, a venture capital investment company in Brazil. In his 45+ years as a professional, Richard has carried out and coordinated more than 300 market research projects and some 150 consulting efforts in Brazil, South America, Africa and Asia.

He has led consulting efforts across numerous industries including agribusiness, biotechnology, international development, software, telecommunications, and healthcare. Before he joined us, Nolin was chief business officer for an international genomic health institute. He also worked internationally as a short-term consultant with the World Bank, served as associate director for a boutique consulting firm, and was an associate on the economic and business analysis team at Booz Allen Hamilton. Nolin has a bachelor's degree in electrical and computer engineering from Vanderbilt University and a master's degree in engineering management from George Washington University.

He is Head of Agribusiness Consulting for EMEA at IHS Markit. He has been with the company since 2000.Edward specializes in identifying investment opportunities, business strategy and assessing the economic and business impact of changes in policy and markets for multinational corporations and institutional clients. He works extensively on research, analysis and due diligence projects for clients in all areas of the bio-energy (biomass, ethanol and biodiesel), livestock (dairy, eggs, poultry and meat), arable (cereals, oilseeds, proteins and sugar), and agricultural inputs (agrochemical, seed and fertiliser) supply chains.He is an agricultural economist by training and has a Ph.D. in Agricultural Economics from Imperial College and an MSc. in Farm and Rural Business Management from the University of Aberdeen, in addition to several other postgraduate and undergraduate agricultural and economics qualifications.

Tom's specialisms include business strategy, agribusiness economic development and market analysis. In addition to his work in North America, he has extensive experience in the agribusiness sectors of other regions.Before joining us in 1989, Tom worked for the Continental Grain Company in roles including management, trading, logistics and merchandising.He has a bachelor's degree from Cornell University and a master's degree in business administration from the Amos Tuck School of Business Administration at Dartmouth College.Specialties: Business strategy, Agribusiness economic development, Feasibility site selection, Market analysis

One week left to the gathering of 19 industry experts at the International NGLs and Feedstocks 2021 Online Conferen… https://t.co/146VUtPH3U

RT @IHSMarkit: The rollercoaster of 2020 caught #globalmarkets by surprise. So, what does our team of experts expect for 2021 and beyond?…

RT @IHSMarkit: [1/5] Today marks a US national day of healing and action in the campaign to #stopasianhate, which requires efforts both big…

RT @IHSMarkit: “I am so proud to be part of an active and passionate Women’s Network, Women@IHSMarkit who have, working closely with the ot…