When it comes to assessing the practicality of a proposed plan or method, we have the expertise you need to make successful business decisions.

Prior to entering a new business, it is important to understand the nature of the markets, the expected financial returns and the risks that surround these expected outcomes. A feasibility study provides financial metrics based on cash-flow projections and determines the viability of the project.

We have a deep understanding of the agriculture, renewable fuels and transportation industries, and we leverage our proprietary data, analysis, forecasts, and information flow to provide unparalleled evaluation of the markets. This combination of experience, resources and skills is brought to bear in determining whether our clients’ new business ventures have a enough likelihood of being feasible.

Find out how our expertise can be tailored to your organization, bringing you the support and direction you need to succeed and grow.

Feasibility of a soybean-crushing facility 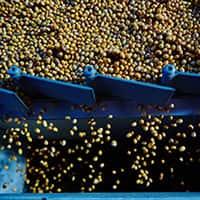 A study was conducted on the feasibility of establishing a soybean-crushing facility in the Western Corn Belt. Long-term projections made of the supply/demand and prices of soybeans, meal and oil. Local availability of soybeans and the regional market for meal were assessed, and the issue of whether to include a refinery at the facility or sell the oil in crude form was considered. Ten-year financial projects were developed, and feasibility metrics were calculated. An assessment of industry structure also was conducted which informed multiple aspects of the study.

Feasibility of a sugar refinery 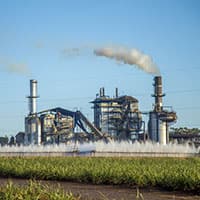 Due diligence and market feasibility were conducted for a study of a proposed sugar refinery. A thorough analysis of the US sugar industry was conducted and the economic impact and outlook for the new refinery were examined. The fundamental structural, economic, political, and trade issues related to the US sugar industry were considered, along with their implications for the long-term position and competitiveness of the proposed refinery.

Feasibility of a biodiesel facility 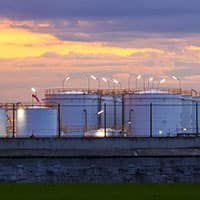 A feasibility study was conducted to determine the financial outlook and optimal location for a multi-feedstock biodiesel facility in Canada. The study included the development of a 10-year financial model for several locations viewed as most attractive.

Feasibility of a pork-packing facility 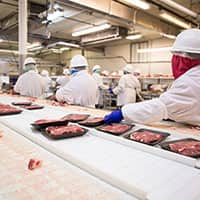 A study was conducted on the feasibility of establishing a new pork-packing facility in the US Eastern Corn Belt state. Long-term forecasts of the hog and pork sector were constructed, the financial feasibility was determined, and the industry structure and related dynamics were evaluated.

Webcast: Projecting US Crop Production and Yield Expectations for 2020

Article: Our intention is to share weather-related risks with farmers

Article: The cocoa LID is a moral hazard and a wasted opportunity

Richard's expertise and experience in market research, crop protection products, biotechnology and commodity crops has been critical for regional and global market research and consulting efforts. Prior to Agribusiness, Richard worked for 23 years in several managerial positions with Monsanto's operation in Brazil. He worked in planning, plant management, new business development and eventually started up Monsanto's BI department. Prior to Monsanto, he acted as investment portfolio director and market research manager for the Adela Group, a venture capital investment company in Brazil. In his 45+ years as a professional, Richard has carried out and coordinated more than 300 market research projects and some 150 consulting efforts in Brazil, South America, Africa and Asia.

He has led consulting efforts across numerous industries including agribusiness, biotechnology, international development, software, telecommunications, and healthcare. Before he joined us, Nolin was chief business officer for an international genomic health institute. He also worked internationally as a short-term consultant with the World Bank, served as associate director for a boutique consulting firm, and was an associate on the economic and business analysis team at Booz Allen Hamilton. Nolin has a bachelor's degree in electrical and computer engineering from Vanderbilt University and a master's degree in engineering management from George Washington University.

He is Head of Agribusiness Consulting for EMEA at IHS Markit. He has been with the company since 2000.Edward specializes in identifying investment opportunities, business strategy and assessing the economic and business impact of changes in policy and markets for multinational corporations and institutional clients. He works extensively on research, analysis and due diligence projects for clients in all areas of the bio-energy (biomass, ethanol and biodiesel), livestock (dairy, eggs, poultry and meat), arable (cereals, oilseeds, proteins and sugar), and agricultural inputs (agrochemical, seed and fertiliser) supply chains.He is an agricultural economist by training and has a Ph.D. in Agricultural Economics from Imperial College and an MSc. in Farm and Rural Business Management from the University of Aberdeen, in addition to several other postgraduate and undergraduate agricultural and economics qualifications.

Tom's specialisms include business strategy, agribusiness economic development and market analysis. In addition to his work in North America, he has extensive experience in the agribusiness sectors of other regions.Before joining us in 1989, Tom worked for the Continental Grain Company in roles including management, trading, logistics and merchandising.He has a bachelor's degree from Cornell University and a master's degree in business administration from the Amos Tuck School of Business Administration at Dartmouth College.Specialties: Business strategy, Agribusiness economic development, Feasibility site selection, Market analysis

What stance will the Biden administration take when it comes to Ag Policy and Ag #Trade? Now that the new administr… https://t.co/QEz7ItfzuX

The WASDE report could prove global and US supply and demand numbers to be market movers in the midst of volatility… https://t.co/DIKXe1g86u

How does your company access accurate and reliable #biological data? Improve your data-led decisions by reducing ti… https://t.co/sZYWZL6DpB

This year's December WASDE report could be significant, due to the ongoing demand for US #corn and #soybeans, espec… https://t.co/N23hxlcvcS